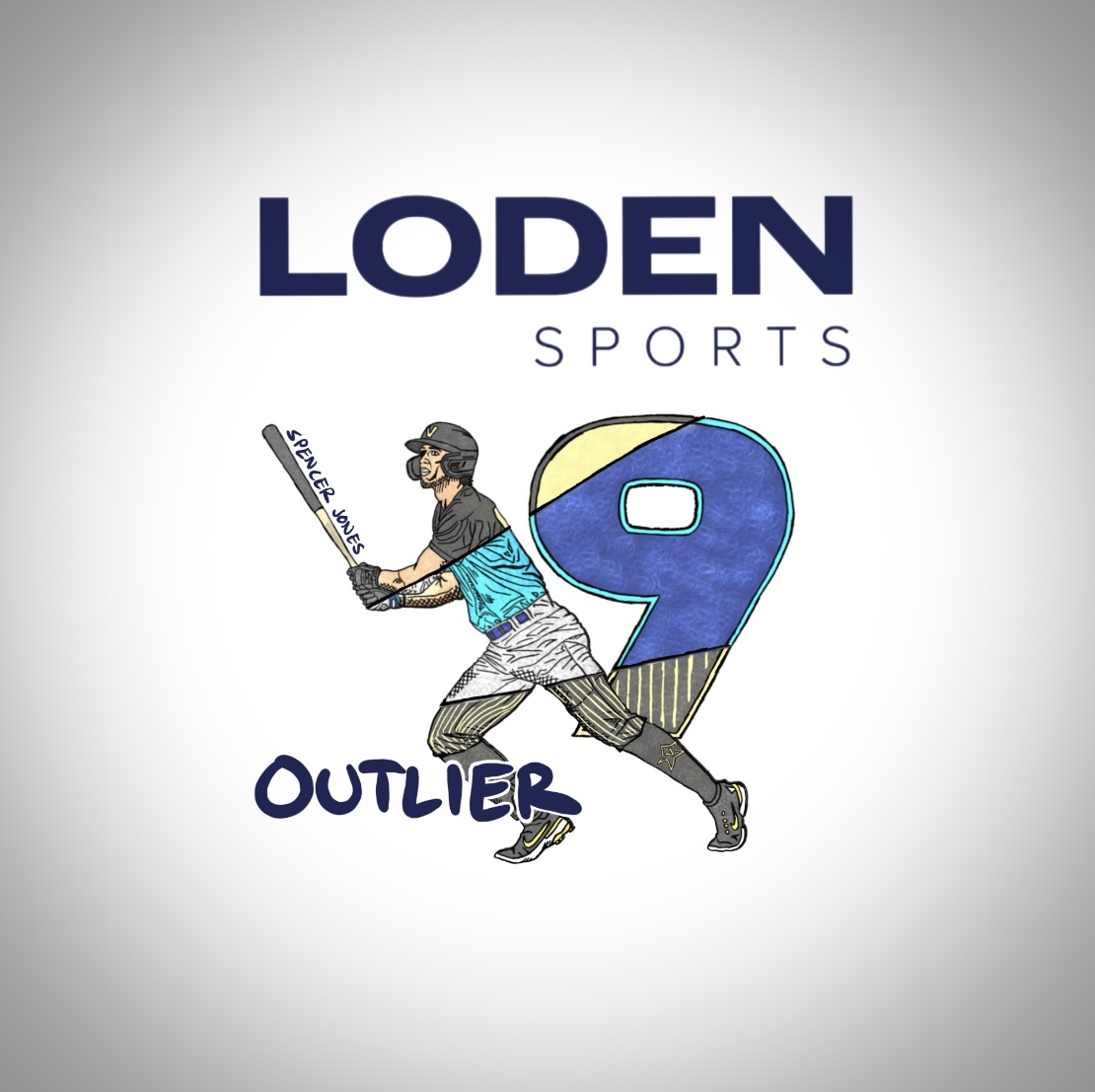 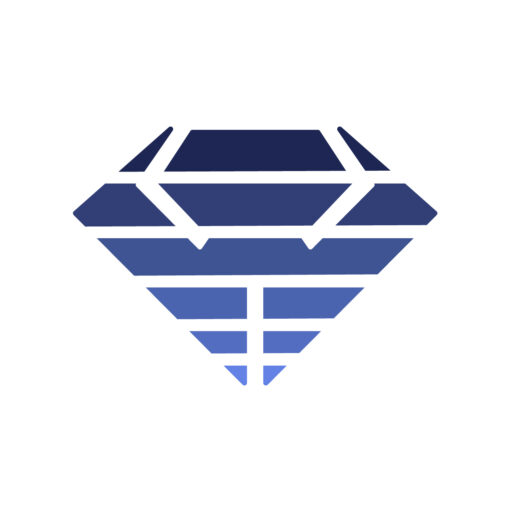 A Perspective on Athleticism 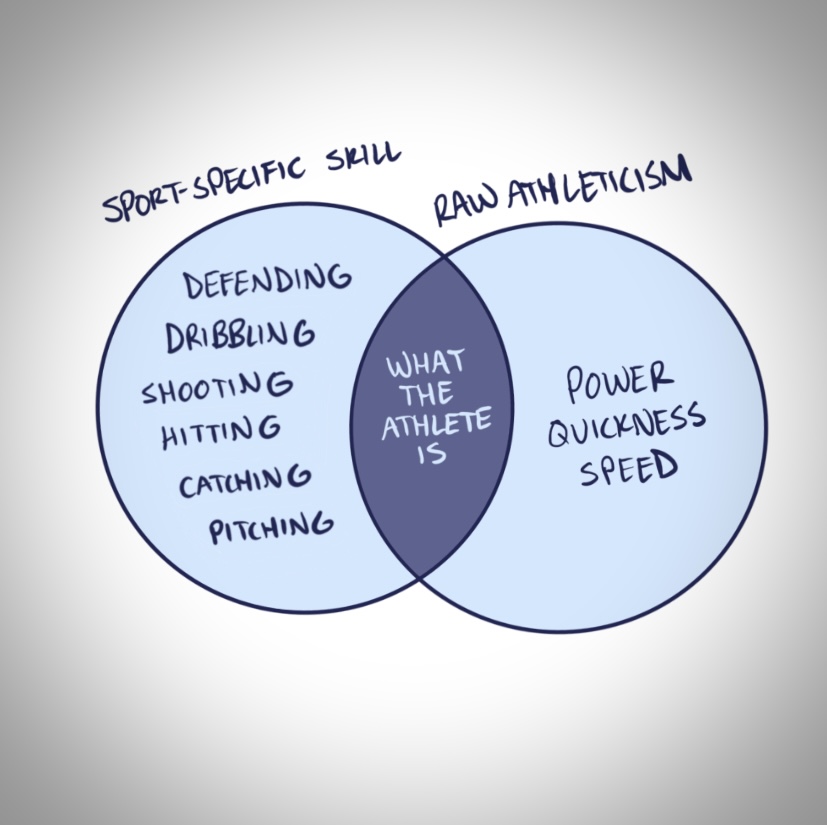 We have all seen it time and again: wide receivers drafted high in the NFL Draft off of their freakish speed that can’t run routes or catch passes at an NFL level; baseball players signed for their loud tools that don’t hit; the guy who throws 100, but can’t throw strikes. Often times, the fan base views this as a bust or a poor signing. What they may not consider is that it is a risk worth taking. While the fastest player in the 2009 NFL Draft, Darrius Heyward-Bey, may not have ascended to the glory; Tyreek Hill has become one of the most indefensible players in the sport’s recent memory. While a pitcher who threw 100-mph, Pat Light, was never able to carve out an MLB role; Jacob deGrom, paired with his 100-mph fastball, will go down as one of the best we’ve ever seen. It’s risk-reward. If it clicks for the outlier athlete, the reward is much greater – for the team and for the fanbase.

A simplification: Sport-specific skill determines the usefulness of the athlete within their sport. Raw athleticism determines the ceiling for what they can become.

The Power, Speed, and Loden Score metrics have all been found to be heavily correlated to throwing velocity, exit velocity, and bat speed – and in addition to talent identification, can be used for the purposes of monitoring expected performance and fine-tuning routines.

Who is Spencer Jones? 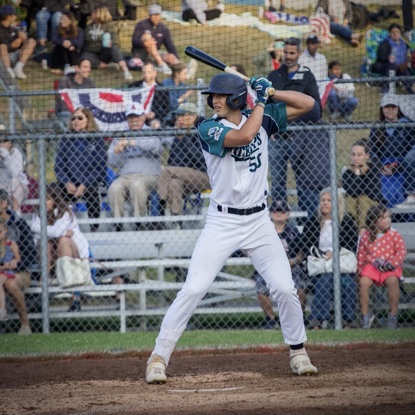 After appearing in just 48 games between the COVID-shortened 2020 season and a 2021 season that saw Spencer Jones get a late start due to recovery from reconstructive UCL surgery, he’s made up for any lost time and then some, while performing on the two toughest amateur circuits: SEC Conference Play and the Cape Cod Baseball League. Spencer just finished his junior year at Vanderbilt University where, in SEC play, he batted .354 with 15 extra-base hits in 30 games, a .459 OBP, and an OPS north of 1.000, (.370 BA / .460 OBP / 1.103 OPS overall). This follows a summer on the Cape where he hit .312 with a .905 OPS for the 2021 CCBL Champion Brewster White Caps.

On June 9, 2022 in Nashville, Tennessee, in advance of his participation in the 2022 MLB Combine, Loden Sports evaluated Vanderbilt outfielder Spencer Jones to objectively measure his raw athleticism. The evaluation took place between 11am-12pm local time. Jump testing was performed in the weight room and sprint testing was performed on Vanderbilt’s game field.

Spencer measured in at 6-7 and weighed 228.3 lbs. After a warm-up, Spencer performed, in order: a Counter Movement Jump test, 5 Single Leg Jumps on his left leg, and then his right leg, and a second trial of the Counter Movement Jump test. Following jump testing, Spencer took 15 minutes to warm-up prior to performing two, 30-yard sprints on the game field. Finally, the data collected during the evaluation was inputted into the Loden Sports scoring mechanism and out came Spencer’s results: 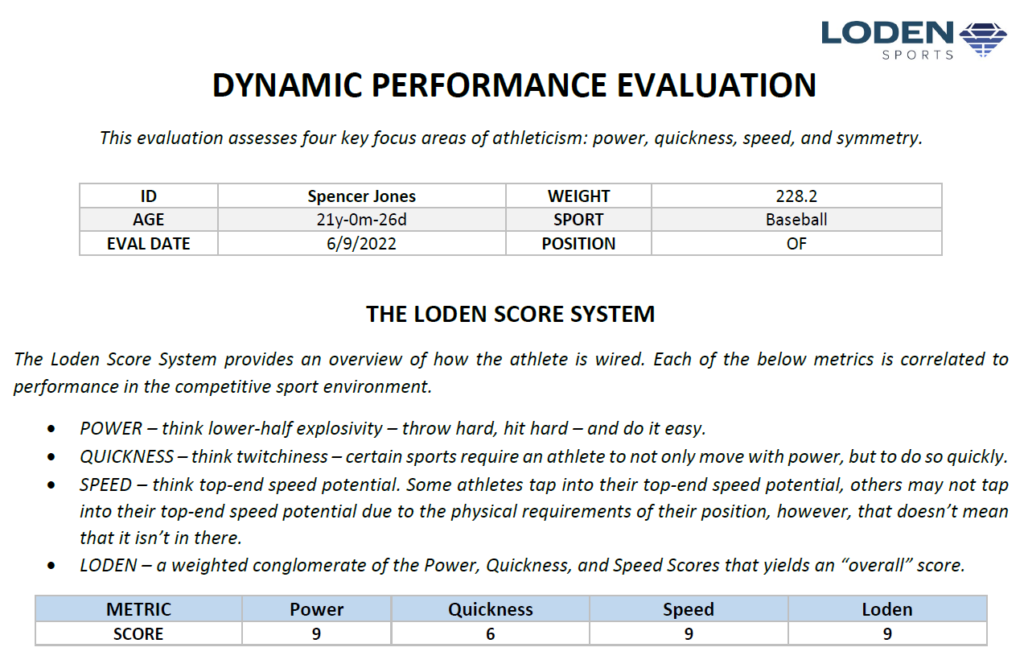 Loden Sports classifies any athlete with a Loden Score of a 9 or higher as an outlier athlete.

Of the thousands of elite athletes Loden Sports has tested, less than 1% (.82% to be exact) have achieved a Loden Score of 9 or higher.

Just .22% of all athletes that Loden Sports has tested have achieved a 9 or higher in both Power and Speed. Spencer is a special breed of unique: he’s the top-end power and speed combo.

We’re not done yet! While it is impressive that Spencer is an outlier athlete against the entire elite population, it begs the question of how he compares to other athletes of his size. Don’t forget that he’s 6-7, 228.3 lbs.

Loden Sports has created a way to not just compare elite athletes to the entire pool, but also to other elite athletes in their height and weight buckets. This was created as a way to objectively show that while most athletes of a certain size or body type may perform a certain way, they are all wired differently – looking at you Corbin Carroll – the “undersized” guy with serious juice who also happens to be, you guessed it, an outlier, (reference approved by Corbin Carroll).

We’ve found that the Loden Score System is a particularly useful tool for validating why certain guys outperform their body bias.

Loden Sports categorized the elite, physically mature athlete sample by their height (short, average, tall) and weight (small, average, large). The “Short-Large” and “Tall-Small” buckets weren’t necessary (no one fell into those categories), so, that leaves seven unique buckets with thresholds outlined below:

A simplification: Guys his size don’t run like he does.

For further reference, the body types with the fastest average Speed score (7) of all the body types are “Short-Small” and “Average-Small.” And he exceeds athletes in those buckets by 2 points each.

So, against the whole elite, physically mature population, Spencer Jones is an outlier. Peeling back another layer of the onion, he outperforms athletes of his body type – notably in Speed.

Let’s put it all together.

As we mentioned before, the Loden Score System correlates heavily to things like throwing velocity, exit velocity, and bat speed. Spencer achieved a 9 Power, 6 Quickness, 9 Speed, and 9 Loden Score – and as we think we’ve made clear – he’s objectively an outlier. 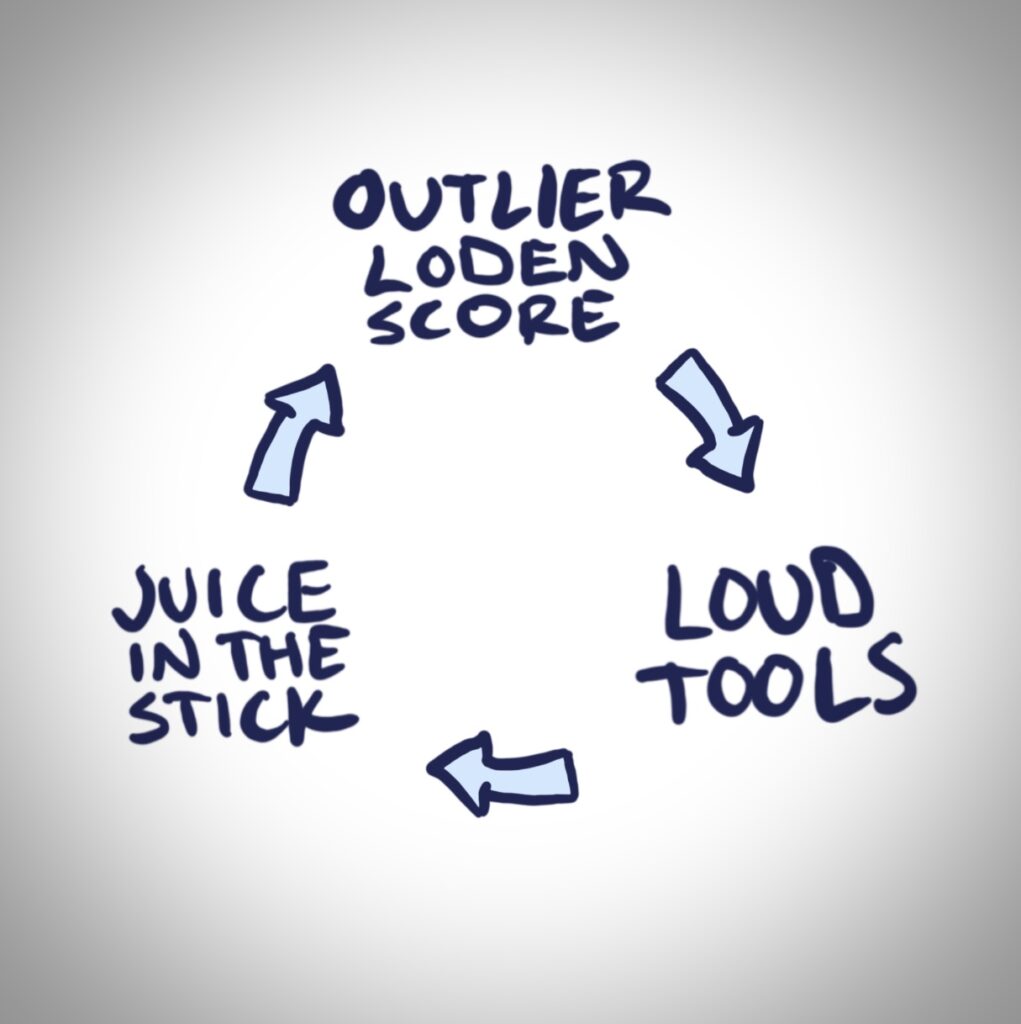 Loop closed; it all makes sense.

With less than 1% of the elite, physically mature athlete population scoring a Loden 9 or higher, it is hard to imagine that Spencer Jones isn’t one of the best athletes in the entire draft class. Couple his outlier raw athleticism with his size and you have a size-power-speed combo usually reserved for the upper reaches of basketball and football. It is no secret that baseball is seeking a higher caliber of athlete to inject excitement into the sport… we can’t help but wonder if Spencer Jones wasn’t born in Southern California, a baseball hotbed – would he have been playing tight end for Nick Saban or Dabo Swinney instead of patrolling right field for Tim Corbin? 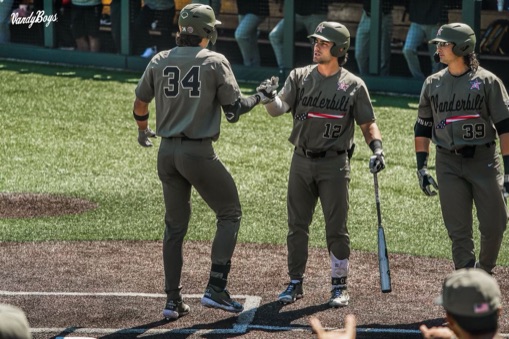 We’ve talked about body bias; it exists in talent identification for all sports. For two years at Vanderbilt, Spencer shared an outfield with center fielder, Enrique Bradfield – the fastest player in college baseball and a member of the 2021 ABCA/Rawlings Division 1 Gold Glove Team. In how many other Division 1 outfields would Spencer have been patrolling center field?

Some will knock him for his size…

…but as we’ve objectively observed, he’s an outlier.

Outliers can do things that the average can’t.

Spencer Jones possesses a critical piece of that puzzle and his ceiling is as high as anyone. 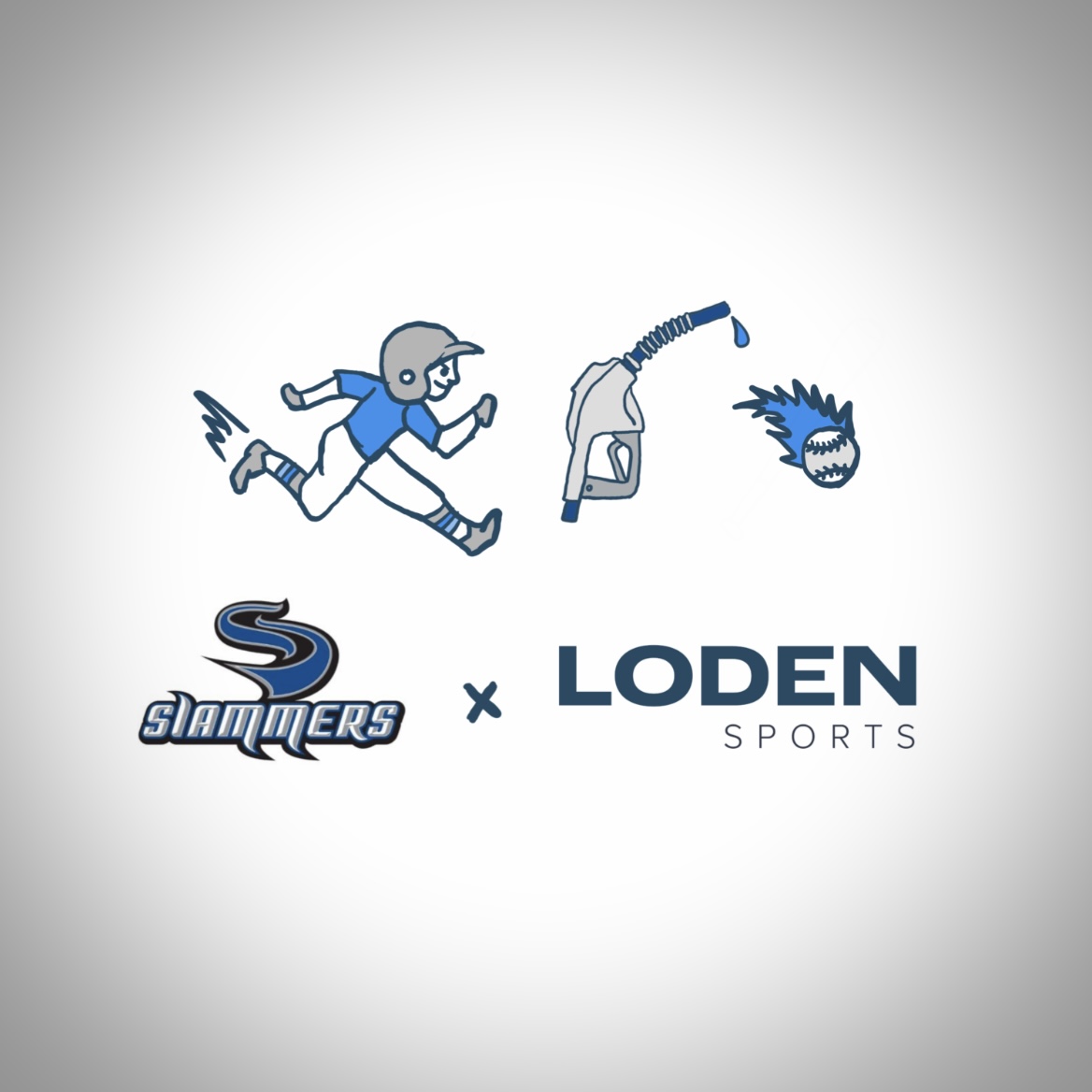 The Fuel for the Tools: How Athleticism Translates on a Baseball Field – Part 2: Throwing 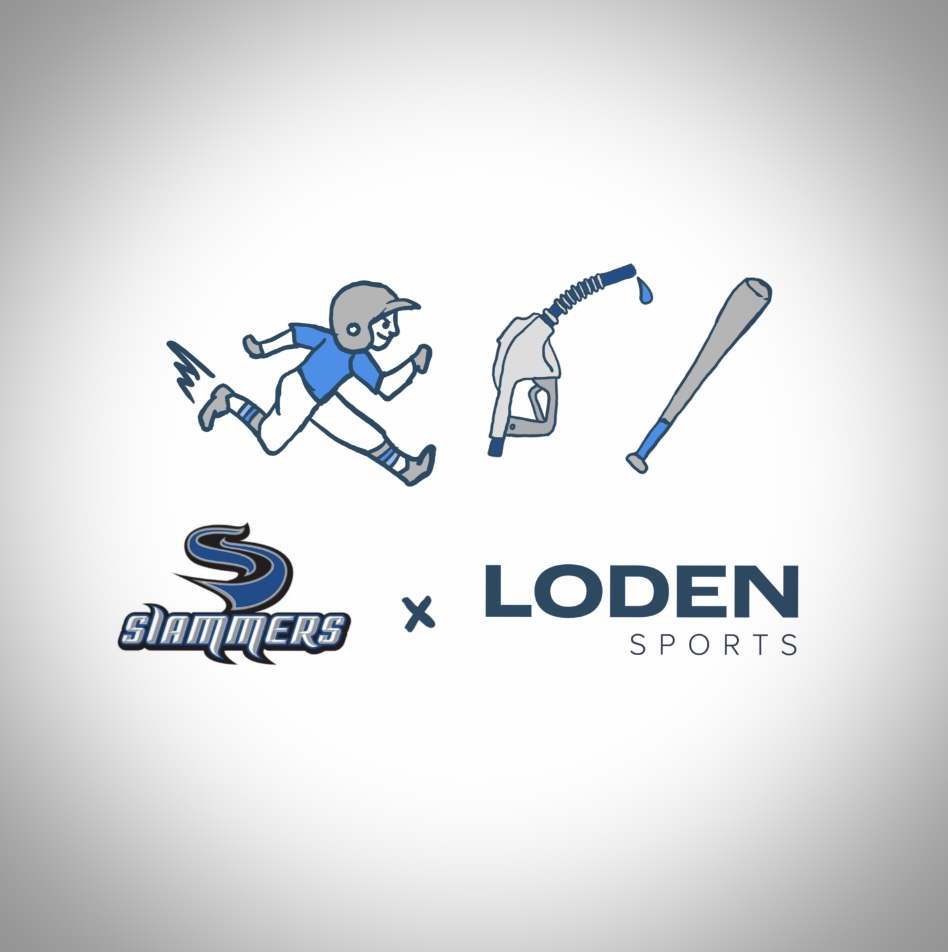